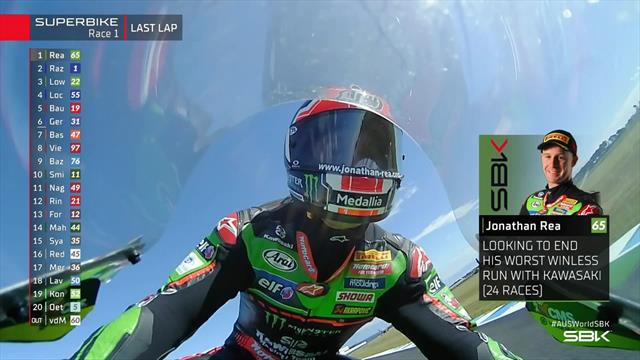 “Kawasaki superstar Jonathan Rea finally ended his torrid winless run that previously stood at 24 races, the longest of his career with the manufacture. The man from Northern Ireland put in a stellar performance in Australia, the first time back at the track in nearly three years, to keep alive his hopes of finishing second in the championship behind champion Alvaro Bautista.”Source